About the Owners and Advisory Board Meet Our Professionals 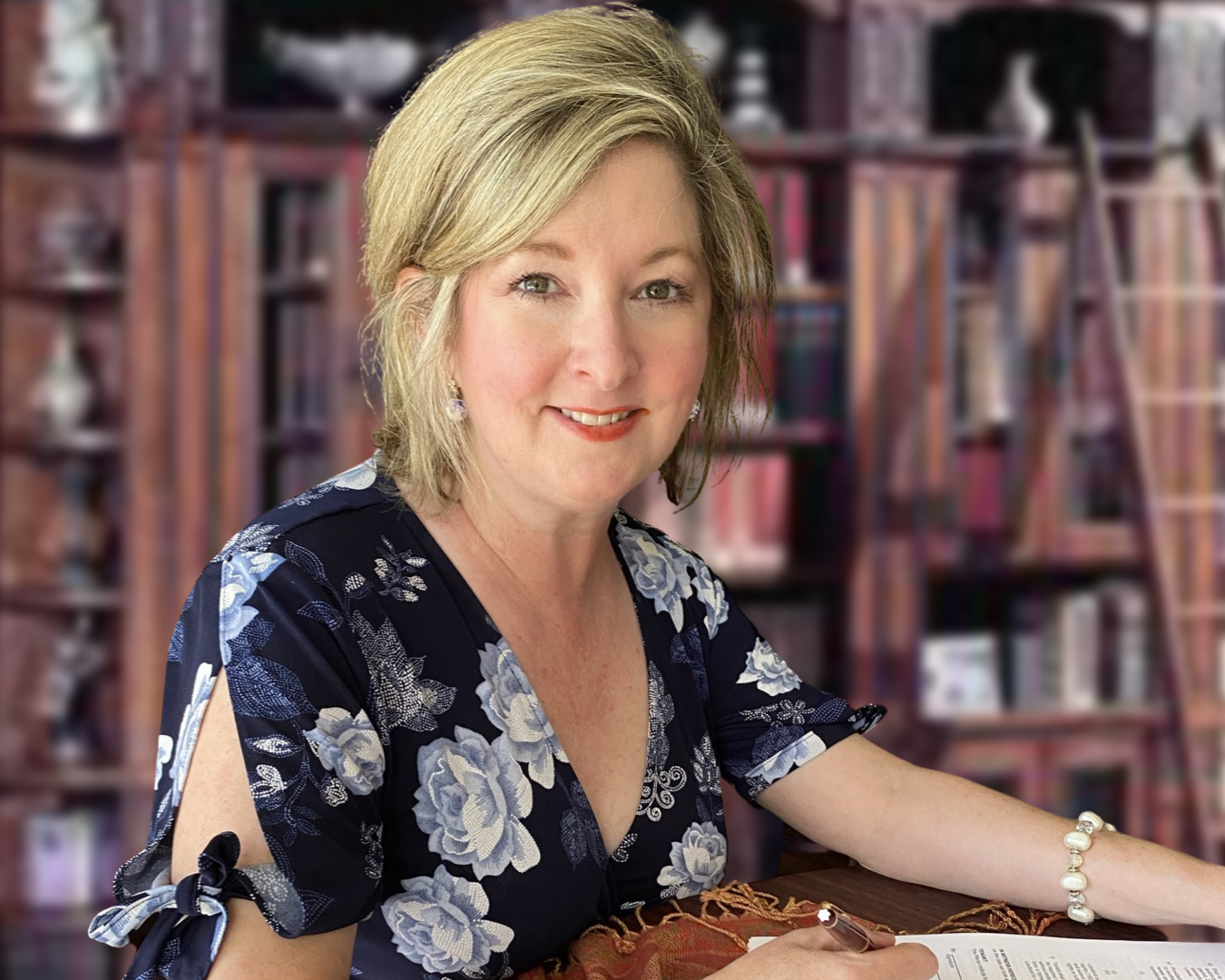 Not new to Fort Worth, Stacey is proud to return as a business owner to serve the area where she grew up in the 1980s and where her family of origin still lives. 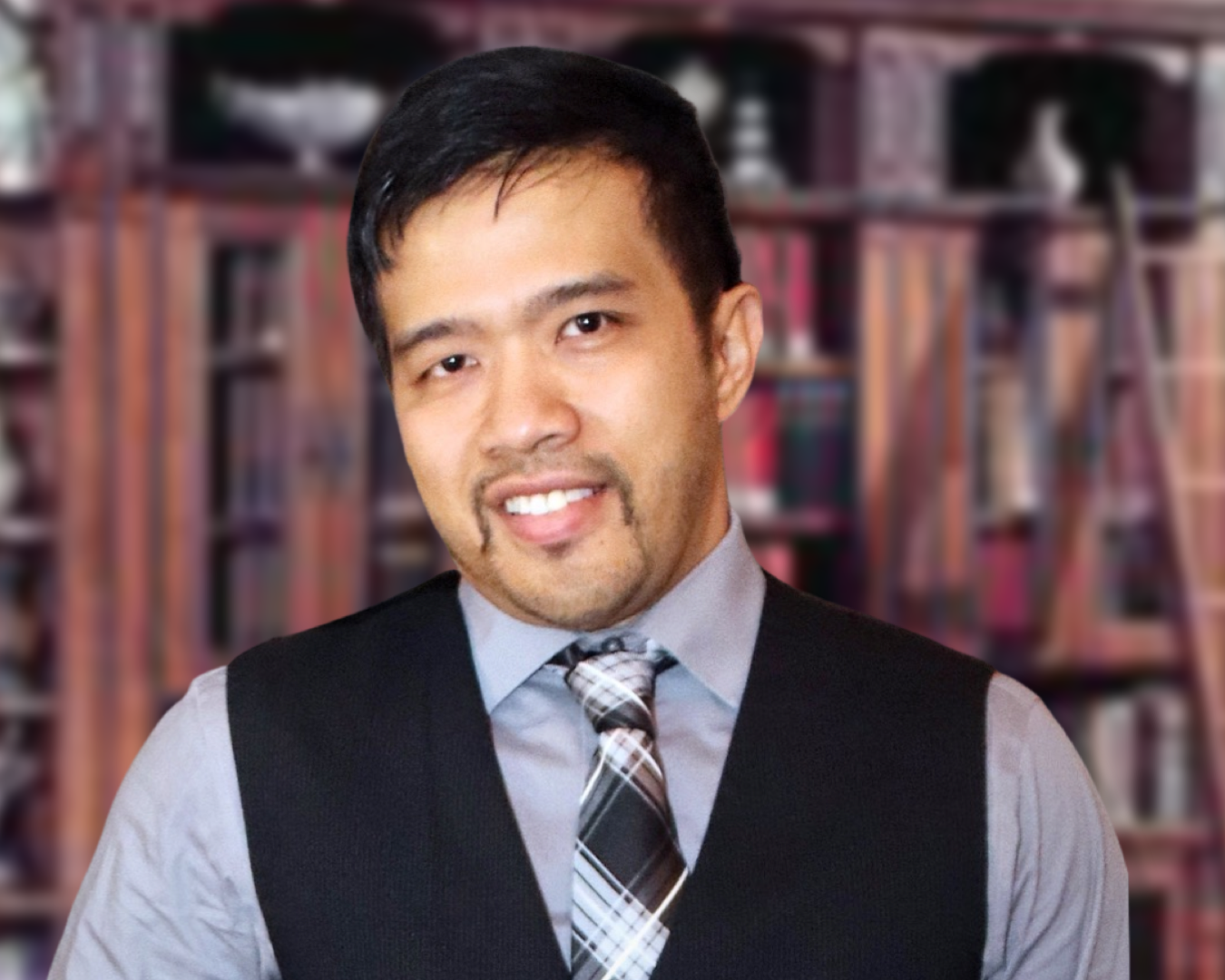 Meet Our Four Advisory Board Members 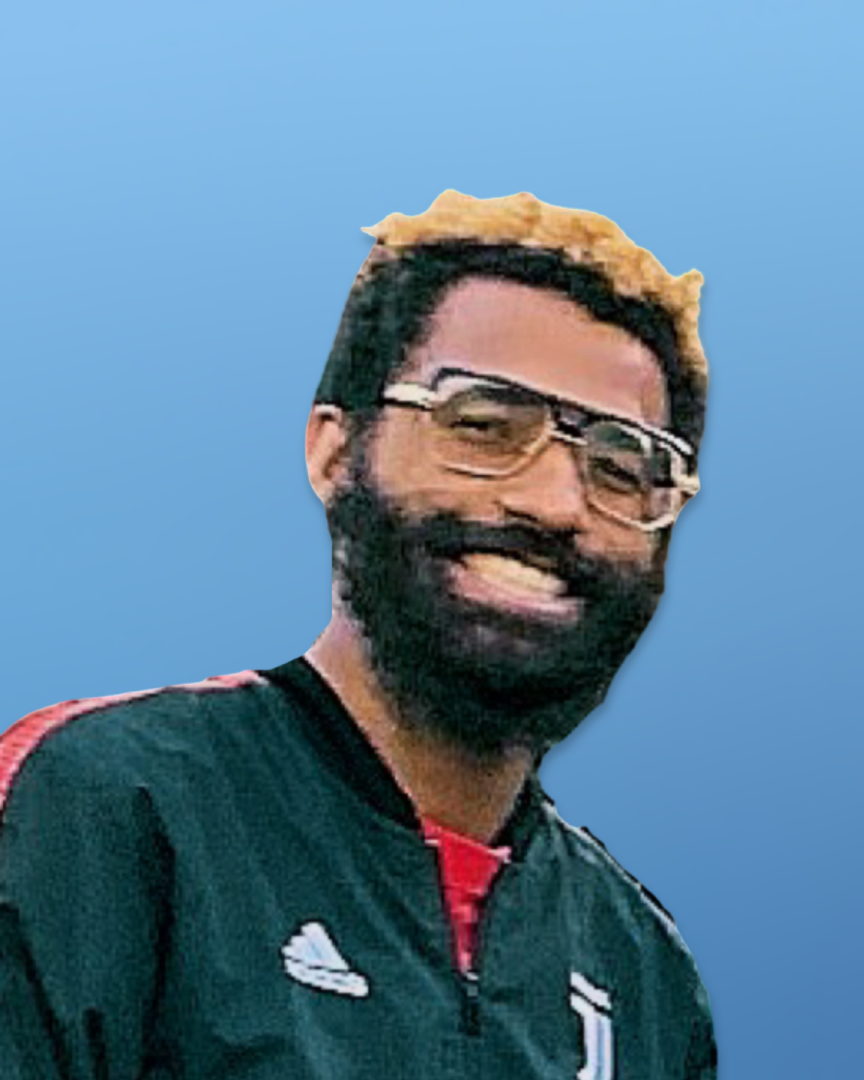 In seventh grade at Fort Worth Country Day, Tony figured out the pattern of questions for the Vocabulary Building with Word Roots quizzes that his entire grade was forced to take. He shared these strategies freely with his classmates so that kids could have more time to work on assignments and projects from other classes. In ninth grade, Tony wrote a simple calculator program for volume equations and geometric properties. He shared it freely with the other students in his Honors Geometry class. The next year, he wrote a more complex calculator program for calculating pH/pOH concentrations and identifying likelihood of reactions based on electronegativity differences. He naturally began charging money for this service. As a senior, Tony edited and revised personal statements and essays for his friends. They all got into great colleges, but not Cornell.

In 2010, Tony began teaching standardized tests on behalf of Ivy Insiders. His branch was one of the most profitable in the Southwest, but that owed to the excellent salesmanship of his partners. Tony did not make a single sale. Instead, he taught classes in every exam subject for the entirety of the summer. He would continue teaching privately for Revolution Prep in the following two summers before graduating in 2013 with a B.A. in English with a creative writing focus and a B.A. in History with a concentration in post-Soviet Eastern European studies. He strongly believes that majors should be dictated by passions, and not the other way around.

Tony has taught over 15,000 hours of private academic sessions with three or fewer students present to students ranging from second graders to college seniors. He has never advertised his services, as every new student arrives through personal recommendation. As testament to this, Tony's most significant demographic of students is younger siblings whose older brothers and sisters he previously taught (although neighbors are a close second). His #1 goal is to make his students' lives easier. His #2 goal is to get them paid (either from the college in scholarships, or from the parents buying them nicer cars than they might've once the kids achieve their scores and academic goals). His #3 goal is to institute a ranked-choice voting system for presidential elections.

In terms of personal background, Tony has lived on the correct side of the metroplex for his entire life save the four years he spent in Ithaca, NY. He has four fantasy football titles ('13,'16,'18,'21) in a competitive 12-man auction league that has run since 2010 (he also serves as commissioner). He has an extensive anime library, and every video game console going back to 2007 (with some as old as 1994). He buys every new sports game every year, as well as every new Call of Duty game. He has a German Shepherd dog and a black Mercedes SUV named "German Shepherd", and his two pairs of wireless headphones are named "Rosencrantz" and "Guildenstern" (in case parents are curious as to precisely what value an English degree provides). He is very good at trivia, and his favorite Jeopardy category is "Before and After". He is something of a sneakerhead, and he has an extensive collection of jerseys from different teams across hockey, lacrosse, soccer, and football. 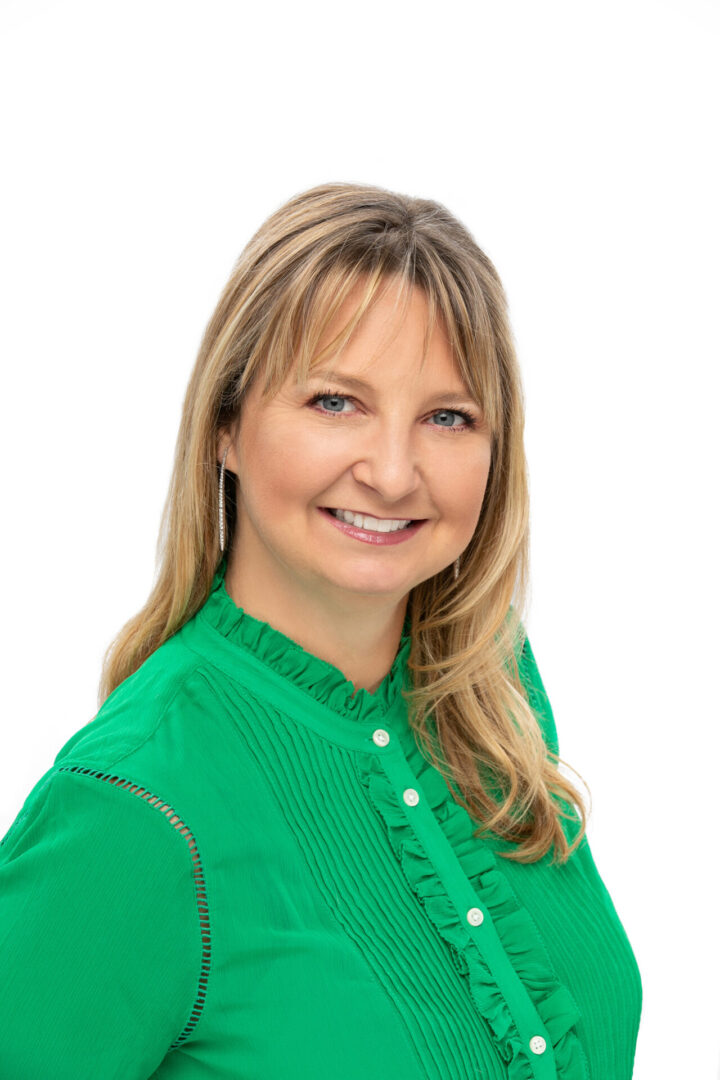 Sheri Mills is the President of Neuroscience Education Institute, a company dedicated to providing continuing medical education in psychopharmacology to psychiatrists and psychiatric nurse practitioners.   In this role, she uses Adult Learning Principles to provide education to improve the performance of clinicians which ultimately improves the lives of patients with mental illness. Mills has worked in Continuing Medical Education for mental health since 1994.

Mills has also served three terms on the Southlake Carroll Independent School Board for the past 9 years, serving 4 years as Vice President and 2 years as President.  She and her husband, Mike have been residents of CISD since 1998 and are the proud parents of three children.

Mrs. Mills is also an active volunteer in our community, being awarded Volunteer of the Year for the City of Southlake in 2013. Mills served on the Board of Directors for the Carroll Education Foundation, was a 2012 Graduate of the CLASS, and a long-time volunteer for GRACE, chairing the GRACE Gala in 2012. As a trustee, she served on the district's School Health Advisory Committee, the District Advisory Committee, and the Safety Task Force in a shared effort with the City of Southlake.

Follow this link to learn more about Sheri Mills 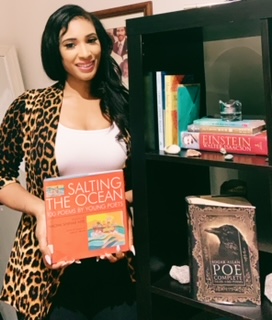 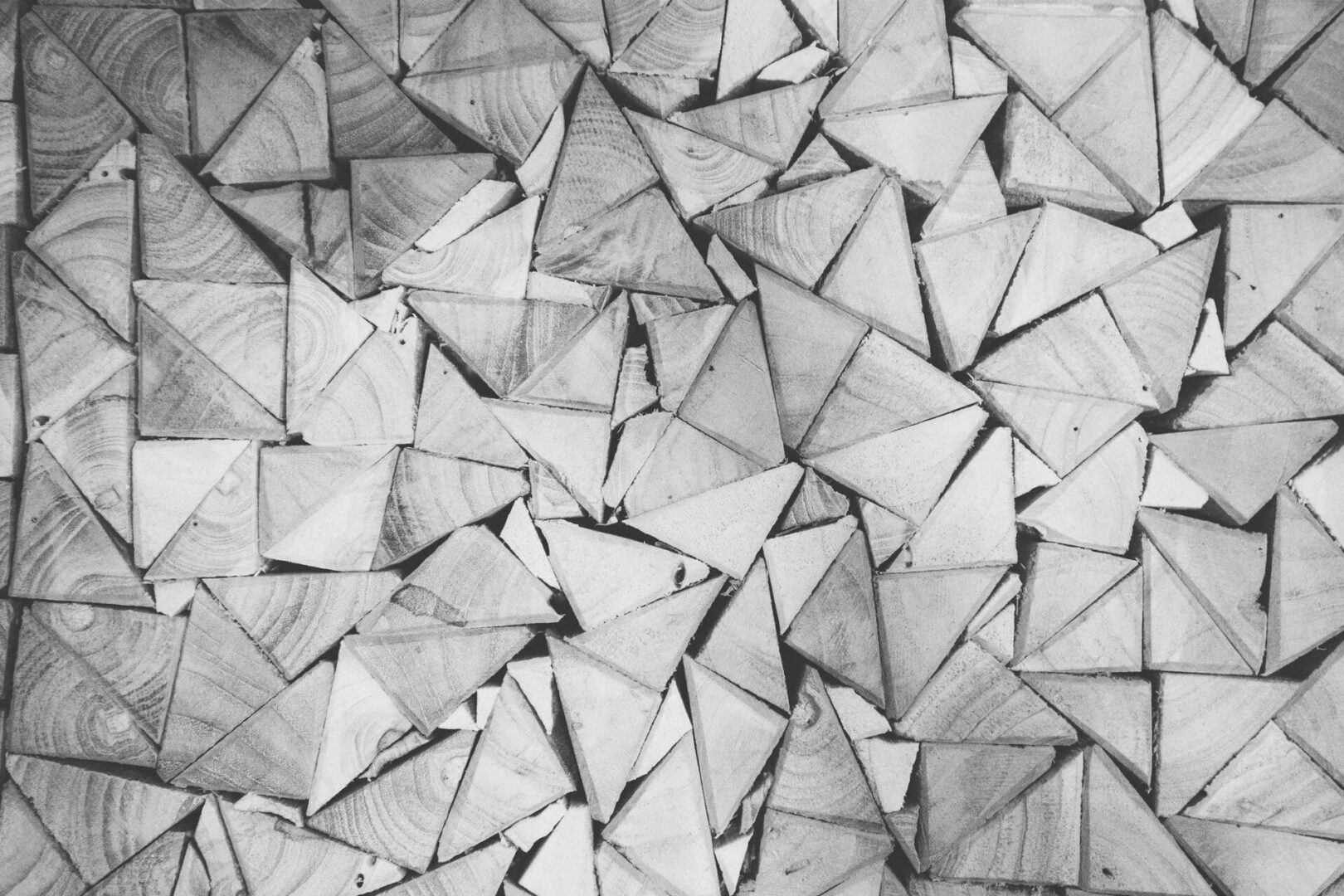 Shanara Hawkins began her career in education 15 years ago to pursue her passions in equity, neurodiversity, literacy, and learning theory. Currently, she works at Amplio Learning and operates a private practice as a Certified Academic Language Therapist and Educational Consultant. An integral component of her work involves advocating on behalf of those with Dyslexia and related learning differences, helping to dramatically raise the public’s awareness and understanding of Dyslexia through the lens of Neurodiversity. As a veteran Texas educator, she has fulfilled numerous positions/roles including TAP Career Teacher, Mentor/Master Teacher, Literacy Department Chair, Dyslexia Therapist, Campus Literacy Specialist, and Professional Development Speaker/Presenter at various educational conferences, school districts, universities, and Fortune 500 Companies. She is an SMU alumnus where she received her B.A. in English and her M.Ed. in Reading and Writing. Neuroscience and Language acquisition is an immense fascination of hers, and she is an avid researcher of topics related to the inner and outer workings of the English Language and how the human brain works to comprehend it. She has served on the Regional Executive Board of Directors for the International Dyslexia Association since 2012 as Board Director, Treasurer, Vice President, and Excellence in Education Chair. In 2020, she was elected to serve on IDA’s Regional advisory board and is deeply honored to be a part of such a dynamic and progressive organization relentlessly working to institute permanent, far-reaching impacts concerning Dyslexia. Surprisingly, she also has some spare time to enjoy other activities including spending time with her friends and family, rollerblading, studying the U.S. and international markets, discovering the best spots serving vegan food, and capitalizing the word “Dyslexia,” even when it’s grammatically incorrect to do so because it is that important to her. 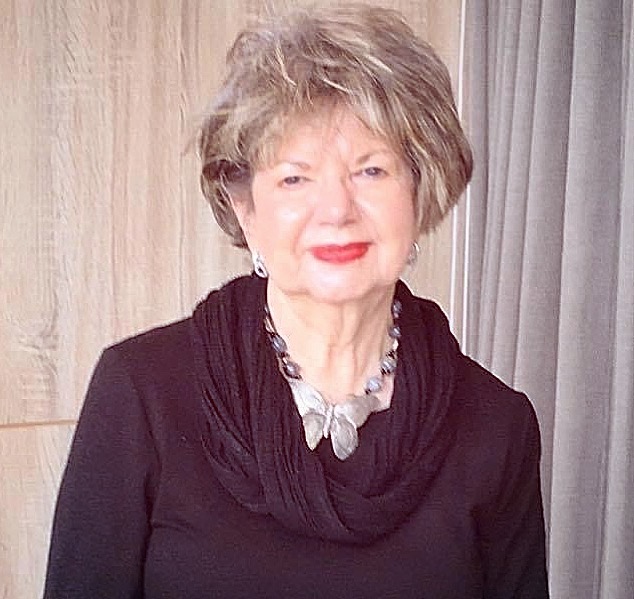 Certified as an elementary school teacher in 1963, Mrs. Gregory has been teaching reading and math to young students for almost 60 years.  She retired from FWISD years ago but has continued tutoring students in reading, even in her retirement.  Mrs. Gregory has seen so many trends come and go with reading and math instruction over the years, and she has been able to “keep what works” about each method. Not only does she have years’ worth of formal training, but also the real-life experience to know when perhaps a blend of the traditional and the novel is needed. Her love of children and of reading bring her to our center on occasion to work directly with students, but her main role is to advise us on methods and curriculum that might benefit certain students who may be struggling.

Our Services
Scroll To Top